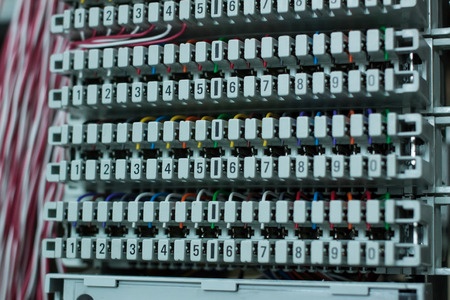 Primary Rate Interface is simply a telecommunications standard used to carry data transmissions and voice between users and their network. It is a digital transmission service used by telephone companies for businesses. It connects the publicly available telephone network with the company’s PBX. This interface is used on the integrated-service digital network. It is used to provide advanced telecommunications to offices. It is important to note that the primary rate interface has a number of channels which vary depending on the country in which they have been implemented in.

The primary rate interface is intended for large companies with many users, and there are only two levels of service that exist in those digital networks. One is the basic rate interface which targets small businesses and homes, while primary rate interface targets large organizations like companies and corporations. Both types of rates have various numbers of D-channels and B-channels available. The D-channel transfers signals and control information while the B-channel carries voice, data and various other information services.

Channels of the Primary Rate Interface

The primary rate users are usually connected to the telephone company directly from the central office. The channels of the primary rate interface are often carried on a T-carrier line system in countries such as Canada, U.S, and Japan. In other countries it is carried on an E-carrier line. This carriers are mainly used by both medium and large companies. About 30 or 23 B-channels exist which makes it flexible and easy to assign channels to each users needs, such as using the interface for video conferences or large meetings.

Primary rate interface is very important as it improves your business network technology in such a way that it works with your office phone system. Primary rate interface normally comes with twenty three circuits which are able to handle all your communication needs in any large company or corporations. It allows every employee in your company to have their calls connected to their extensions and there is no need to route calls via an attendant.

Primary rate interface services come with various benefits such as:

The application of primary rate interface technology has greatly improved businesses over the years as it provides a system that enable easy communication among its employees. It is mostly suited for large companies and has the capability to cover large environment and increase efficiency and effectiveness of both internal and external communications.

Posted in Voice Services | No Comments »